I read the last Broken Pen story about the expensive wedding and it only made me reach out to Mx24 to publish mine also. The only thing is, mine took a slight twist. This is my Broken Pen…

Michael and I had been dating for the past two and a half years. I won’t lie, I’m ashamed to say that we were getting married in four months but I was still missing my ex. My ex and I had a very toxic relationship, yet we really had mad love for each other. We just both knew we were not compatible. So my mature self decided to end things with him and settle with a very fine gentleman, my current fiancé, Michael.

READ ALSO: South Pacific Island in the Caribbean Sea – All You Need to Know.

We loved each other very much, we understood each other, we cared for each other but that wasn’t enough for me. There was something missing; that missing piece to the puzzle was intimacy. I was dating a man who observed chastity. Michael gave his life to Christ at a very young age and had devoted his entire life to serving God.

I Missed My Ex

Despite the fact that he comes from a rich home, and could afford anything he wanted, he lived a very conventional life and stayed away from worldly things. As good-looking as he was, and with all the women that fell at his feet, what got me tripping in love with him was his discipline. But that discipline was becoming a worry for me as I kept on getting sex-starved.

This explains why I started missing my ex. My craving for sex kept heightening. I had been chaste for about two years, but with just four more months until my grand wedding, I knew I was going to break down, I could not wait.

I Cheated With My Ex

I hit up with my ex one Friday evening. It has just rained and the weather was cool, “perfect timing for four legs.” I was having my early P.M.S (Premenstrual Syndrome) at the time, my feelings and hormones were all over the place. Typical Michael was at an All Night Prayer Service, so I went to see my ex and the next three hours was what I had been longing for all that while. My ex and I reproduced our magic that we had many years ago; two long hot and intense sessions but I had to leave before I crave for a third round.

Though I knew what I did was wrong and shameful, I also did not feel any guilt, because I wanted it, and I had wanted it for so long.

When Guilt Set In

It was just two months before our wedding and preparations were nearing. It was at this time that I started feeling guilty. Most couples fought a lot during wedding preparations due to differences in opinions, but mine was different and that’s what made me convinced I was marrying the right man. He never argued with me. He literally made me plan my own wedding and let me have everything myself. “It’s our wedding sweetheart, not mine. I’m only here to put the ring on your finger.” He said. Every time he said that I shed a tear, for I knew what I had done and I felt so guilty.

I decided to tell Michael. I couldn’t keep it anymore. We shared everything together, so keeping this from him was eating me up. “I slept with Derrick two months ago and I’m so sorry. Please forgive me.” I begged him and cried on the floor. I felt so ashamed. The guilt was just too much. He looked at me, picked me up from the floor, and surprisingly, gave me a hug, kissed me on my forehead, and said, – “we have a wedding to plan, dry your tears.” That answer sent shivers down my spine. Now I was even more scared. His reaction was the exact opposite of what I envisioned. The next two months were the worst for me. I was in panic mode the whole time. “Mike knew I cheated on him and was acting all normal and still kissed me and kept telling me he loved me.”

I thought. This was not normal. I felt so uneasy. “What if he was planning something awful to me. As quiet as he was, I could never know what he was thinking.”

Fast forward to our wedding day, the moment I had been waiting for all my life. The wedding with the most amazing man on this earth. I still was feeling a little uneasy but I found a way to bury that feeling, for it was my wedding day. Mike sent me a text that morning while my makeup was being done “I love you.” My heart just sunk.

The moment had arrived, and as I step out of the vehicle in my glittering gown, which cost about $3,000, my dad greeted me with a big smile on his face. He took my hand and started to walk me to the church entrance. Slowly but elegantly, we entered the chapel, which was beautifully decorated and well lit. As we walked down the aisle,
I realized something unusual; Mike was not standing in front waiting for me as he was supposed to. I looked to the left of the auditorium where his relatives were to be seated and realized there was not a soul on sight. “Had I just been stood up by Him and his family?”

The pastor approached me and whispered into my ears, “where is your husband please?” I honestly don’t even remember paying him any attention, my mind was so fixated on what was happening at the moment. I looked back and saw the concerned look on all my colleagues’ faces, all my friends, my little brothers, everyone had a sorry look on their face and that broke me down into uncontrollable tears. Michael’s phone was switched off and his family members were also not picking up.

He has paid me back for what I did calculatedly, and it tore into my soul. It’s been six years now and I’m still unmarried at 36. I still have not gotten over what Michael did to me. Honestly, I do not regret cheating, what I regret was ever telling him. That was my mistake. I’ve been stalking his socials and watching all his posts with his wife and kids and it keeps building up the rage inside me. I have gone to the extent of driving to their house just to sit and watch them walk in and out. I sometimes look at the window to see if they are making love. This rage inside me will definitely make me do something stupid one day.

How do I fix this Broken Pen? 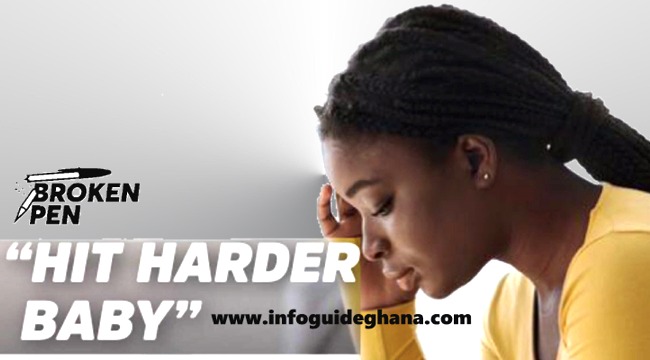 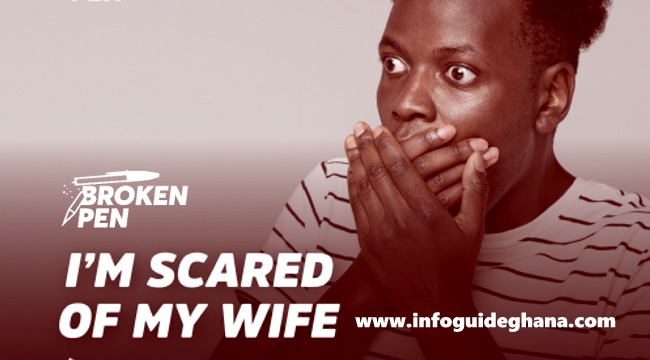 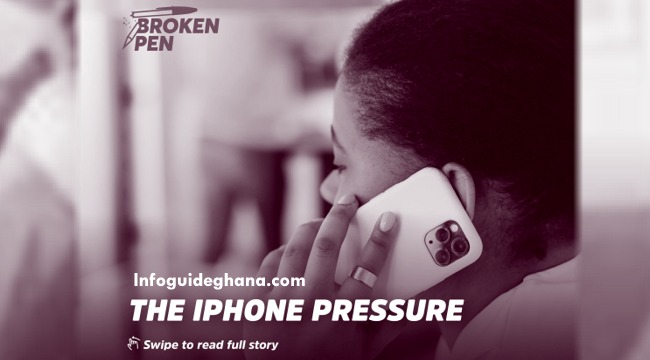